Thecus is well known for its line of NAS offerings for the home and office. The company has announced new network card aimed at the business user who needs a network with more than Gigabit speed. The card is called the C10GT and is designed to work with the forthcoming 10Gb Ethernet spec.

The card is powered by a Tehuti Luxor TN3020-D processor and has both fiber optic and copper wire interfaces. The card sports CX4 and SFP+ ports and supports IEEE 802.3ae, IEEE 802.3ak, and IEEE 802.1q VLAN specifications. 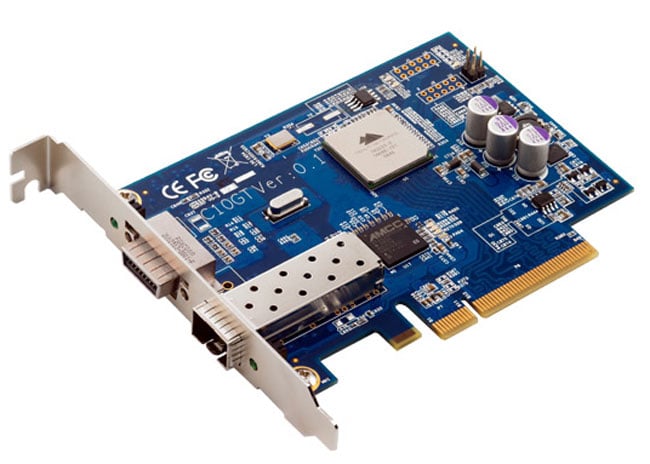 The network card can slip into either x4 or x8 PCI Express slots on a mainboard. Supported OS’ include Windows Server 2003/2008, XP, Vista, and Linux. The network card also supports WMI and more. Thecus says that the card will also fit into some of its NAS devices to update them to the faster specification.