Nah, just kidding! It’s not the Zerg who are lurking in fungal form somewhere in the Amazon so there’s no need to call the Marines and Jim Raynor. Four new species of fungus have been noted for infecting the minds of ants and then killing them. How, see those antler type growths below? 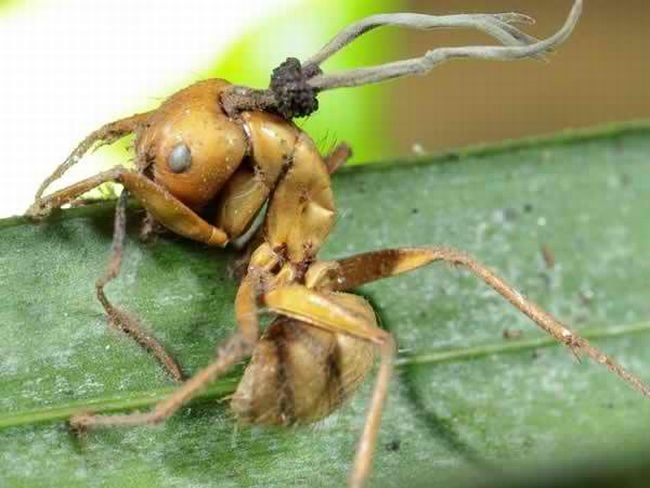 Yeah, it’s scary as heck, especially the lifeless pale gray stare from the ant’s eyes. Anyway, this worrisome bit of news has been making the blogosphere rounds lately for its horror sci-fi bent. The combination of fungus species that infects a specific ant came to the attention of scientists recently, who announced their findings last week.

What startled them is the possibility of a whole new undiscovered multitude of malignant fungus hidden away in the world’s rainforests, most of which is threatened either by climate change or urbanization.

Here’s what lead scientist David Hughes, who has observed the phenomenon first hand, has to say:

“It is tempting to speculate that each species of fungus has its own ant species that it is best adapted to attack. This potentially means thousands of zombie fungi in tropical forests across the globe await discovery. We need to ramp up sampling—especially given the perilous state of the environment.”