Scientists at the University of Michigan have developed the worlds smallest solar sensor, which is 1,000 times smaller than current solar sensors available in the market.

It measures just 2.5mm by 3.5mm by 1mm and it has an ARM Cortex M3 processor and uses about 2,000 less power in sleep mode compared to products currently available. 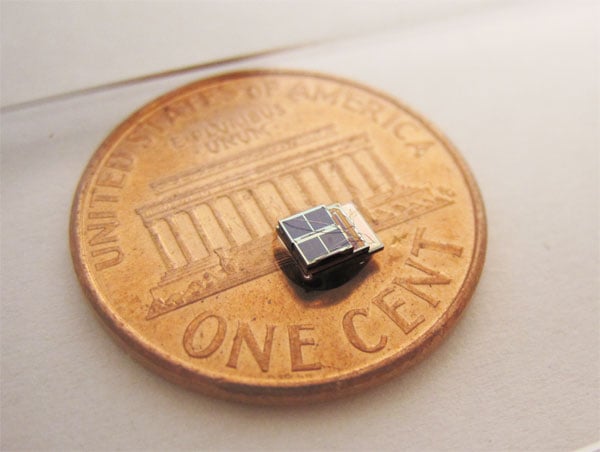 The worlds smallest solar sensor also uses a lot less power, around 2,000 times less which means that it could run indefinitely, the power used is about one billionth of a watt and it uses about half a volt to operate and has a built in Cymbet battery that can output up to four watts.

It could be used in a number of applications, including being embedded in your body and running off your body heat.