Medigus has announced a new ultra tiny camera, designed to be used by doctors and surgeons, and this is now the worlds smallest camera measuring just 0.99mm in diameter.

As you can see from the photo below, this new camera is compared to the tip of a pen, which shows just how small it is, and it has a resolution of 212 x 212 pixels. 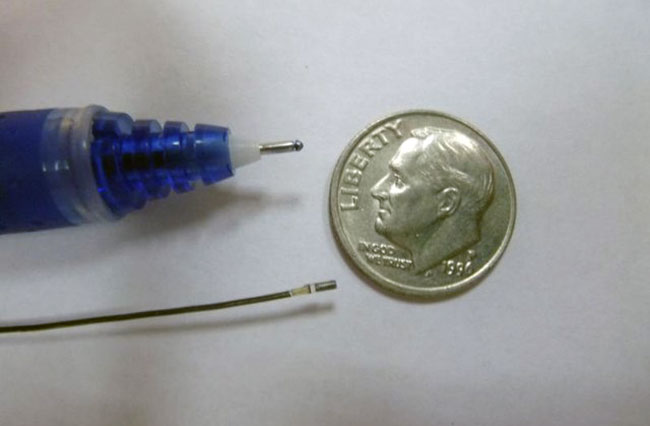 These cameras will be integrated into endoscopic devices developed and manufactured by the company, and also sold to third-party medical device manufacturers. Medigus will begin supplying camera samples in the coming weeks to US and Japanese companies which produce cardiology-related devices. The miniature cameras offered by Medigus are supported by the company’s digital video processing systems.

The camera is designed to be used in surgical procedures and it is just 0.01mm smaller than the previous worlds smallest camera, although we suspect we will probably see an even smaller one in the not too distant future.