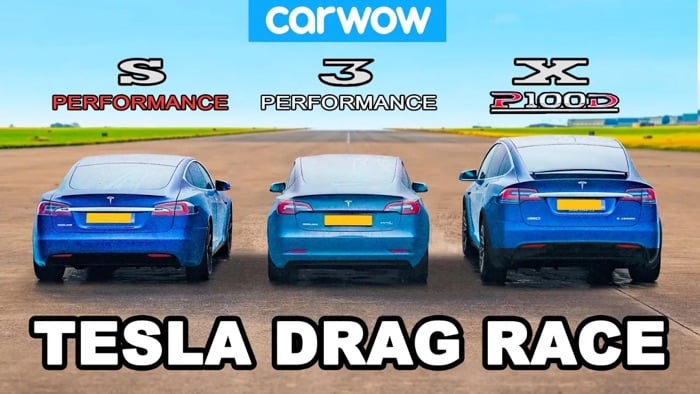 We have seen a number of drag race videos featuring various Tesla’s up against a range of cars and now we have a new video that only features Tesla cars.

As we can see from the video the Model S Performance was the fastest out of the three cars in the drag race and also the rolling race.