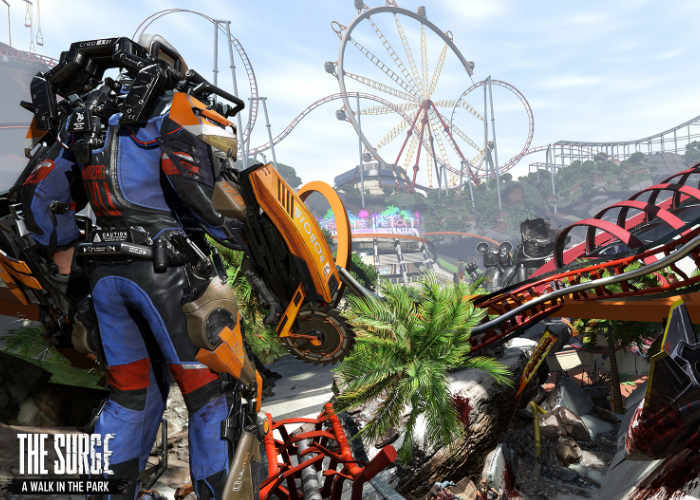 New content will be rolling out to The Surge very soon taking the form of a major new expansion named Walk in the Park, that will be available to download next month from December 5th, 2017 onwards for the PlayStation 4, Xbox One and PC systems. The hardcore action RPG was officially launched earlier this year during May 2017 and has been developed by Deck13 and shares many gameplay features from the previous Lords of the Fallen game created by Deck13.

The Surge is designed in the challenging role-playing game style of the Souls series of games. The gameplay involves players using an exoskeleton to battle enemies. The exoskeleton can be customized through the game using “modular upgrades”, according to the developer. The combat allows players to target different body parts of enemies, as well as utilize finishing moves often ending in dismemberment in bullet time fashion.

CREO World presents a wealth of fresh challenges for players. Originally created to celebrate CREO and its mission, the park is a radically different setting from the rest of the complex, full of branching paths and secrets to discover. Survive the raging mascots and explore the park’s attractions, before taking on a fearsome boss in the devastated park. Through technical and spectacular fights, you will face this new threat, cutting and equipping 16 all-new weapons, sets of armor, and new implants to upgrade and further customize the way you want to play. New players will also be able to embark on the ultimate The Surge experience with the Complete Edition, which will include the full game and all of its DLCs, including A Walk in the Park.