The Square was developer by Twitter co-founder Jack Dorsey, and it uses the iPhone plug jack to communicate with the device. 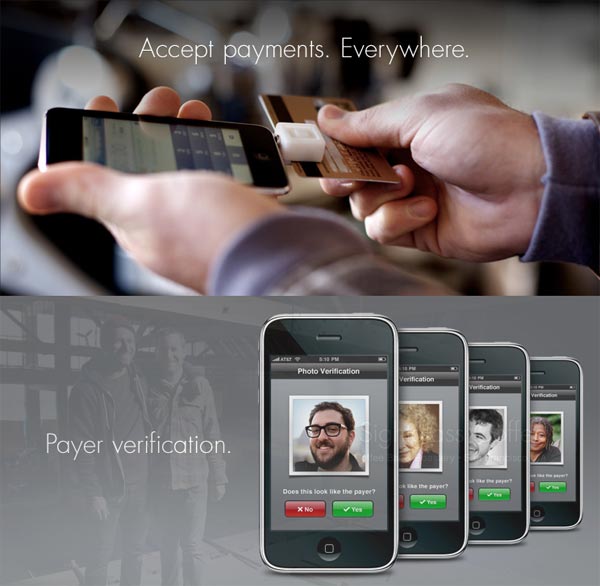 It is essentially a small magnetic reader that plugs into the headphone jack of an iPhone.

When a credit card (or a debit card) is swiped through the reader, it reads the data and converts it into an audio signal. The microphone picks up the audio, sends it through the processors and then is routed to Square’s software application on the iPhone.

From there the encrypted data is transmitted using either Wi-Fi (for iPod Touch) or a 3G Internet connection to a backend severs which in turn communicate with the payment networks to complete the transactions.

Check out this video of the Square in action, which shows how the payment system works.