It seems like the Star Wars universe has it’s own version of Facebook, called Spacebook, just like in the real world, it might not be a good idea to write stuff on there that your boss can see. 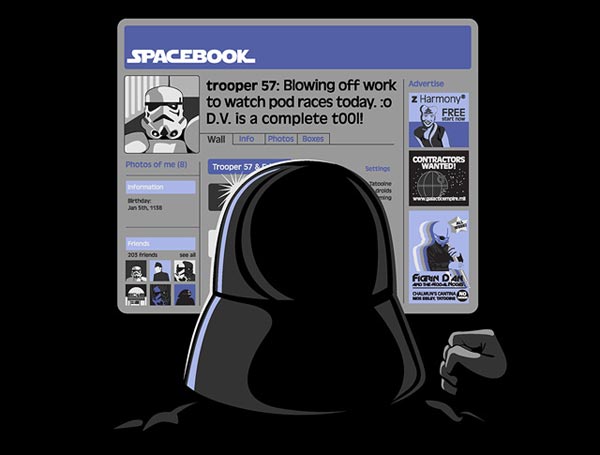 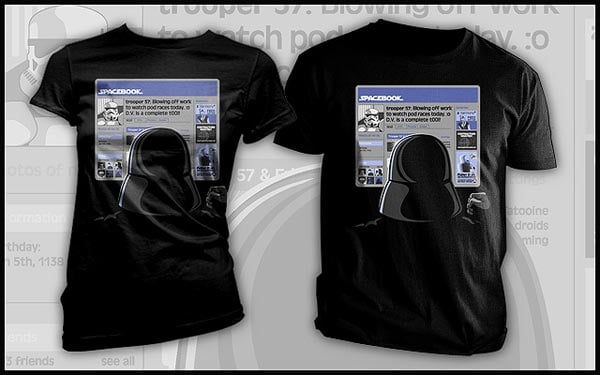 I wouldn’t like to be in this stormtroopers shoes, when Darth Vader catches up with him.

Unfortunately the Spacebook T-Shirt wont be produced, which is a shame as I think it is a really funny design.

It looks like the Spacebook t-shirt was available for just one day, Thanks Tomo.