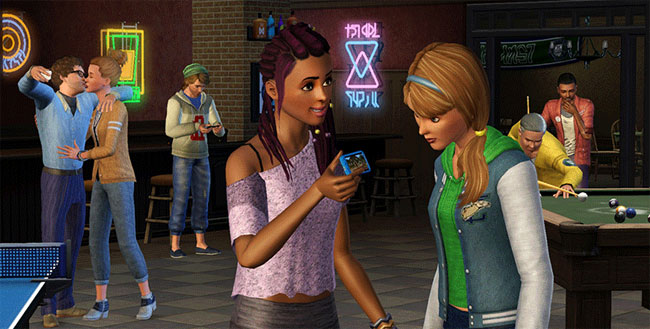 The expansion pack allows players to take their avatar to college with new menus including a campus quad, a lecture hall, and new housing options including dorms, fraternities, sororities, and apartments. Players will be able to choose from three social groups including jocks, rebels, and nerds while at University.

Building influence with those social groups can lead the players to unique advantages including the ability to earn a dream job. Players that graduate from virtual university can also advance in their chosen careers and perform better at work leading to more promotions. The expansion pack offers six majors and on graduation players get an additional trait slot. Purchasing the download version also gives players the School Spirit Pack including a special vehicle, hairstyle, and new face paints.