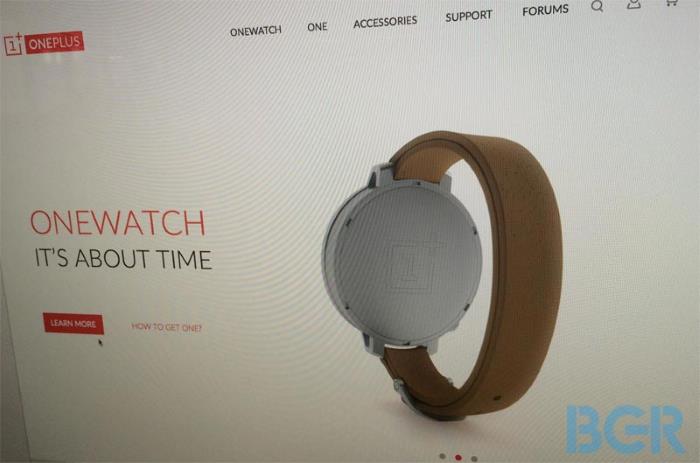 We’ve heard rumors that OnePlus, the company behind OnePlus One, may launch a smartwatch in the near future. Recently, the two co-founders held an AMA on Reddit, and dropped hints about an upcoming smartwatch from the company.

Recently, the folks at BGR revealed some leaked images showing the OnePlus smartwatch, dubbed as OneWatch, along with sketches of the alleged device.

OnePlus One has created a lot of buzz the technology market, but it requires potential customers to get an invite before they can purchase the handset. This may have caused the sales to decline, but it seems it’s working out for the company.

The image above shows the alleged OneWatch, which appears to be a lot similar to the Moto 360. If it’s legit, the smartwatch will come with a round design with a leather strap, and a sapphire glass display, as well as support for titanium borders on the watch face. It’s also rumored to come with a curved battery, which can be charged using a Qi wireless charger.

Before you get too excited, you should know that it could be fake. Creating a website and a bunch of sketches isn’t too difficult, so a grain of salt is advised. It could be true, but there’s no official word from the company about it’s existence so we’re going to treat it as a rumor.