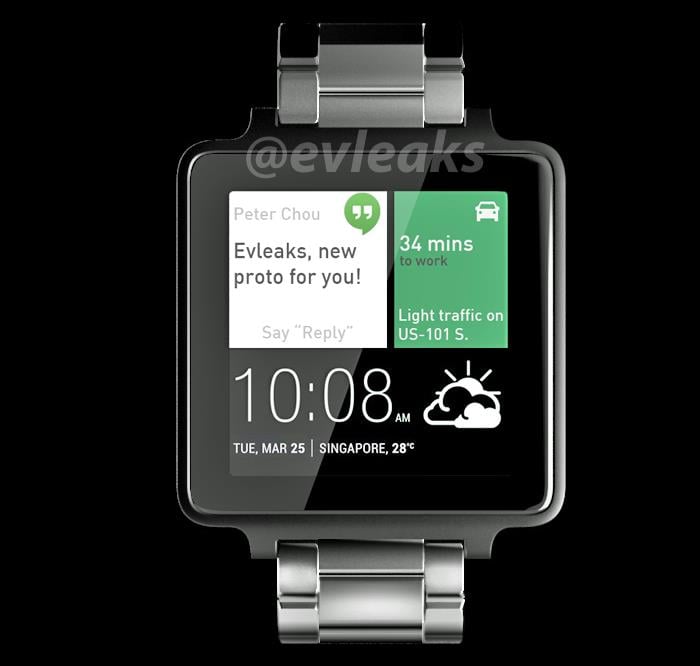 HTC is one of the hardware partners for the Android Wear operating system announced by Google, but the Taiwanese OEM has not announced any smartwatch powered by the OS.

There’s are currently two smart watches available in the market: Samsung Gear Live and LG G Watch. HTC is rumored to launch one in the coming months as well, and today, the prolific @evleaks has posted an artistic reproduction of what HTC’s smartwatch may look like.

Firstly, the user interface on the device isn’t real, and is just a rendition since Android Wear cannot be skinned. It seems the image @evleaks received was blank so he decided to make it a little good looking by adding a UI to it.

Additionally, he didn’t say what we could expect, but it could be the real deal or at least close to the real product. @evleaks said in a follow up tweet that the display is used just for fun as he could have used a blank screen in the press render, but the hardware on this Android wear device is “100 percent faithful.”

This could mean the upcoming HTC smartwatch will feature a square design and a metal strap, which may not look too casual when used. Anyways, there’s no word about the internals, but we’ll keep an eye on the rumor mill and update you if anything else pops up.