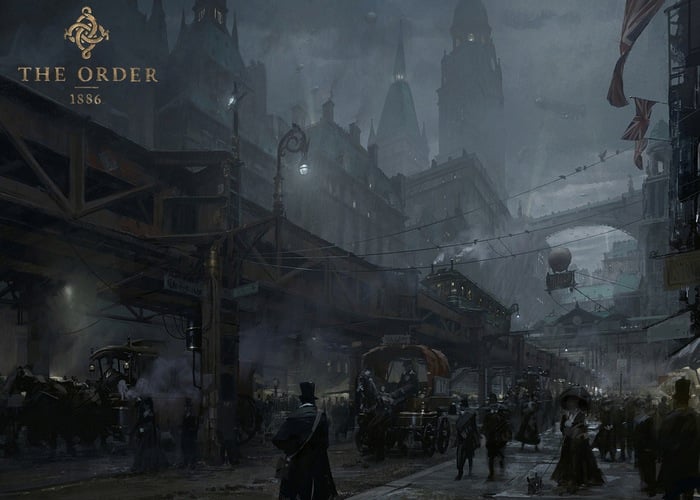 During last years E3 2013 games event Sony unveiled the concept behind their new video game IP in the form of The Order 1886. This year they have returned and released more information with a new two minute trailer that unveils a new enemy foe within the game that players will need to battle.

The Order 1886 will be an exclusive PlayStation 4 game and is now available to pre-order, offering early adopters the chance to download the The Knights Arsenal DLC for free.

During E3 this week Sony has also unveiled details about The Order 1886 Collectors edition which will be available to purchase for $80 as well as the The Order 1886 Premium edition that will be available for $150. That includes The Endless Duel 13 inch statue together with other digital content and an art book with hidden compartment to name just a few.

For more information on The Order 1886 new additions to preorder the game before it is officially launched on February 20th, 2015. Exclusively on the PlayStation 4 in US, Europe, Japan, Asia, and Latin America, jump over to the official PlayStation blog.

The Half-Breeds are many, its different species having evolved in their own rights, becoming a formidable and deadly threat to humanity’s dominance. One species in particular has taken dominion over the lands of Northern Europe and has threatened the rule of man for centuries. Lycan was the name given by humans to the species of Half-Breeds that acquired certain lupine and feline traits. Upon seeing them, people equated their looks to the myth and legends of werewolves that had been retold from generation to generation.

What the Lycans lack in numbers, they make up in sheer strength and agility, and have proven to be some of the deadliest foes The Order has ever faced. In human form, they remain impossible to identify and as such, they hide in plain sight amongst the populace. With both Lycans and the Rebellion threatening the city of London, The Order must face enemies on all fronts.”