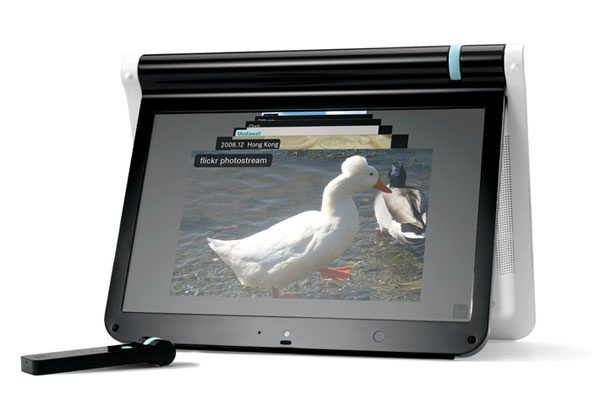 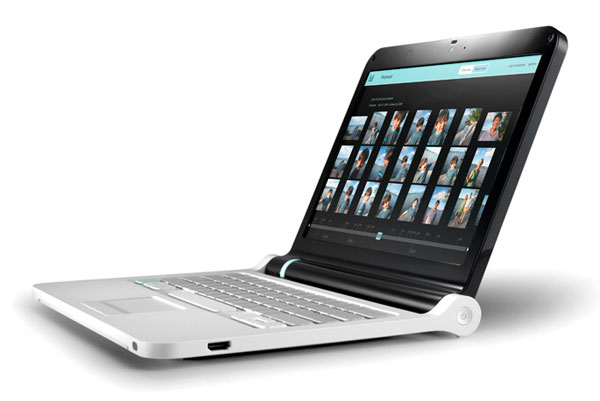 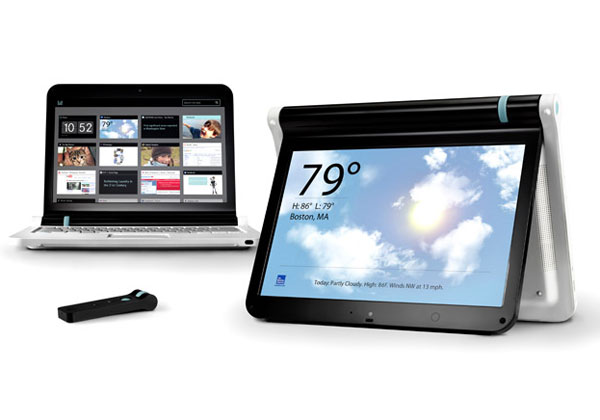 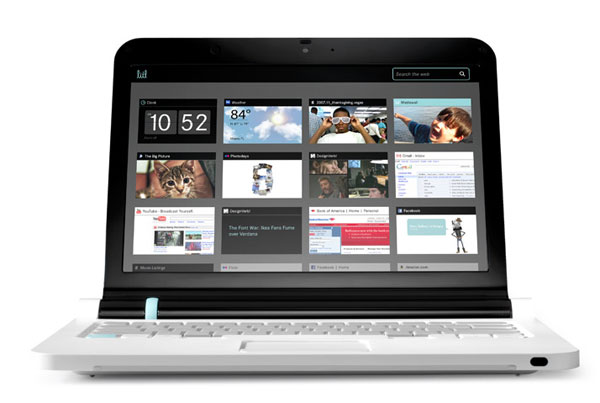 The Litl Webbook features a 12 inch LCD display, and it is powered by an Intel Atom 1.6GHz processor, it comes with 1GB of RAM and 2GB of built in flash storage, plus a GPU which can playback H.264 in 720p.

There is also a built in web camera and microphone, and there is no hard drive inside the Litl Webbook, all your data is stored on the Intenet and it also has built in WiFi, a headphone port, HDMI and a USB 2,0 port.

“As everything from music and photos to email and social networking moves online, it’s clear that the web is transforming personal computing. And yet, most homes are still using computers and software based on thinking from more than 30 years ago.” explained litl’s founder and CEO John Chuang. “We knew that to really meet the needs of home users – from kids to parents and grandparents – we needed to design an entirely new system that would make the web engaging, entertaining and fun.”

The The Litl Webbook is available now for $699 from Litl.