It could have been caled the Disco Phone but that probably wouldn’t be bought by today’s kids. The Hironao Tsuboi-designed Lightpool Phone from KDDI comes in pink, black and white and is studded with 22 LED triangles that form a hundred unique patterns that change along with the music that it is playing. 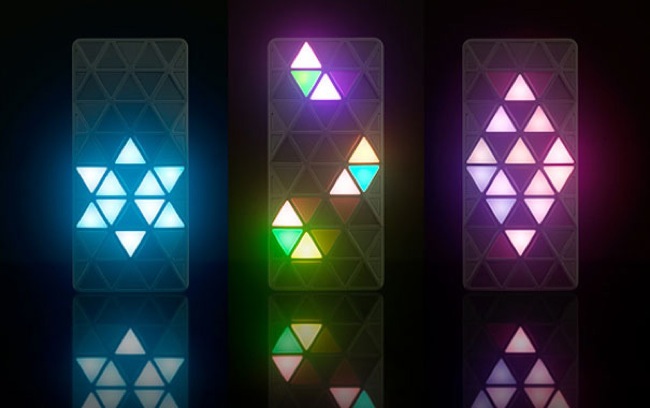 It not only emits light combinations with music, it also bedazzles you with a light display when you receive and SMS or email.

It also has an impressive 8.08 megapixel CMOS camera for ultimate video and photo taking pleasure. But it is not just pretty on the outside. It also sports a 3.2” display screeen plus the usual GPS, BlueTooth, and microSD slot card.

The official release together with its retail price has not yet been announced though. When goes on sale, expect these babies to become quite popular with the night-time crowds and party goers. You might want to pick up a spare battery as well though since all those lights will probably drain the phone pretty quickly.