Imagine a ringing, screaming, maddening alarm clock tearing your consciousness from the warm embrace of dreamland. It’s really annoying, right? Rather than grope or flail around as you reach for the offending clock with eyes closed, pull out a laser pistol and blast it. 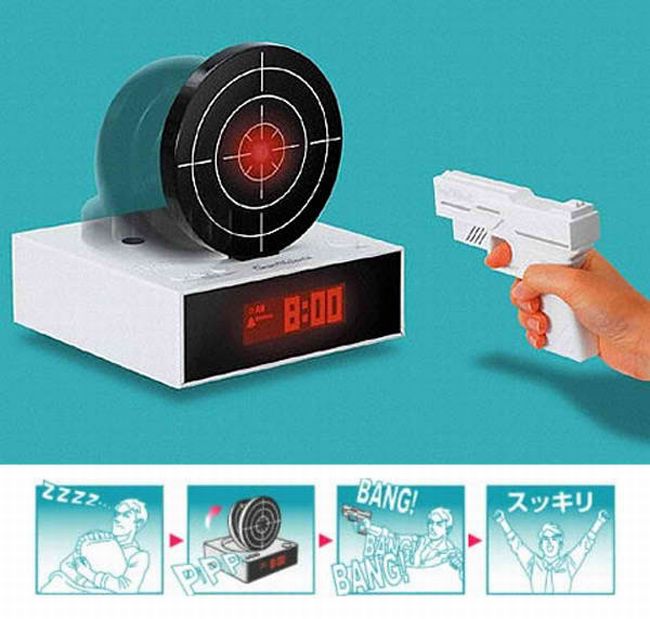 We don’t mean blasters like in Star Wars though. Bandai have just brought forth a fresh spin on the alarm clock called the Gun O’Clock. The name is self-explanatory, being an alarm clock that’s deactivated by firing its accompanying pistol and scoring a hit on the target. The hit, of course, has to be a bull’s eye. Also note the pistol doesn’t fire a projectile. It’s pure pew-pew, dear friend.

To add an element of fun to the already exciting alarm clock experience, the Gun O’Clock has three modes including a challenge wherein the person must score five hits for the alarm to die. Though in normal use the Gun O’Clock just pops up the target when the alarm rings and the newly awakened sleeper must silence it with invisible bullets.

On such occasions, one’s FPS skills are put to the test. It would really suck if you had a monstrous hangover and this thing went off. Your brain feels like mulch and the vision is kinda wobbly. Every miss compounds the ringing noise and frustration grows. What to do? What to do?