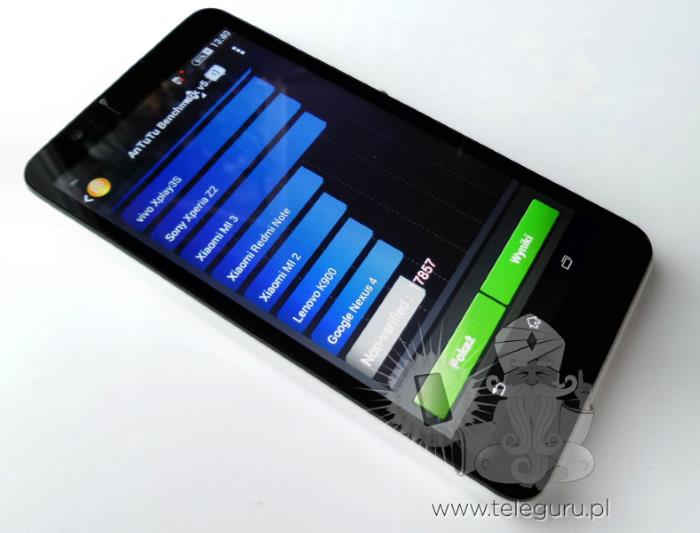 Sony Xperia E3 launched in some markets across the globe in September, but it appears the Japanese manufacturer is already cooking up a successor of the handset.

Rumors suggest the handset will come in two variants, one will feature support for single-SIM while the second one will be a dual-SIM handset. The one showed in the leaked images is apparently the single-SIM variant of the device.

The device appears to be a test unit with thin bezels compared to its predecessor, and a 5-inch display sporting a resolution of 540 by 960 pixels. The alleged device is expected to be powered by a MediaTek MT6582 chipset clocked at 1.3GHz with Mali-400 MP4 GPU. The image shows the device being tested on AnTuTu benchmark, scoring 17,857 which is quite decent for a budget-friendly handset.

The handset is also expected to come with 1GB of RAM, and Android 4.4.4 KitKat as its operating system, but the report suggest it will get the Android 5.0 Lollipop in the first half of 2015. Rumor further suggests the handset will see the light of the day at MWC 2015, with the device hitting retail in late-March with a price tag around $200.

We’ll update you as soon as we hear anything more. You can check out more images at the source link below.