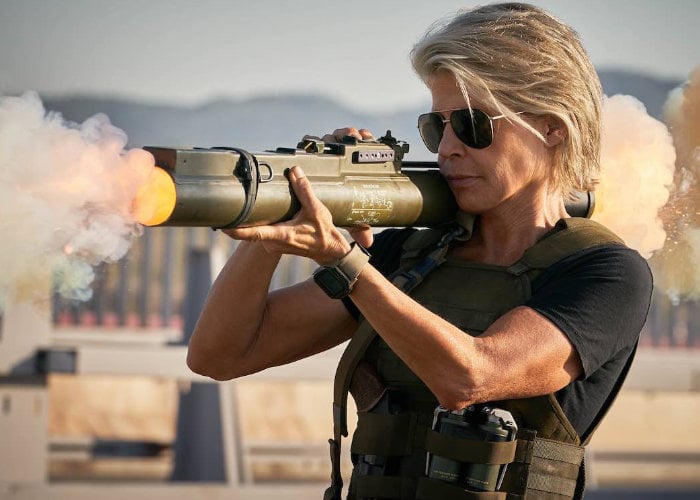 The sixth instalment in the Terminator franchise Terminator Dark Fate will be premiering in theatre screens on November 1st, 2019 providing a continuation of the story and a direct sequel to his films The Terminator (1984) and Terminator 2: Judgment Day. Other movies in the franchise described as occurring in alternate timelines and include Terminator 3: Rise of the Machines (2003), Terminator Salvation (2009) and Terminator Genisys (2015).

The latest Terminator movie sees the return of Arnold Schwarzenegger, Linda Hamilton and Edward Furlong and also stars Mackenzie Davis, Natalia Reyes, Gabriel Luna and Diego Boneta. check out the featurette trailer below which has premiered at this month’s San Diego Comic-Con.

“27 years after the events of Terminator 2: Judgment Day, a new, modified liquid metal Terminator (Gabriel Luna) is sent from the future by Skynet in order to terminate Dani Ramos (Natalia Reyes), a hybrid cyborg human (Mackenzie Davis), and her friends. Sarah Connor comes to their aid, as well as the original Terminator, for a fight for the future.”