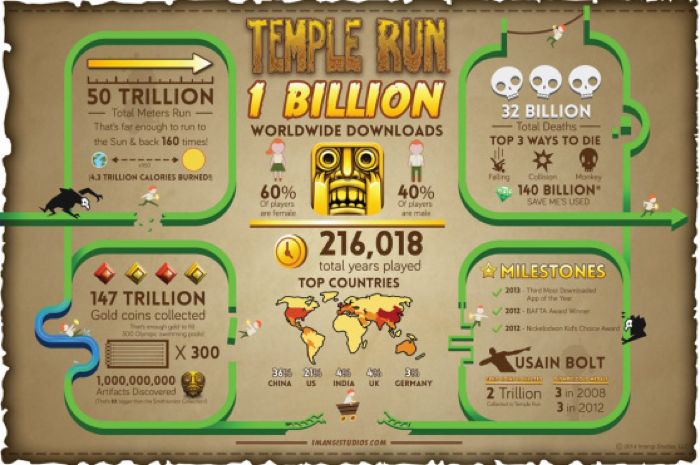 The game was originally built by just three people at Imangi Studios, and it has been a very successful game for the company, although they haven’t turned into a massive company with a lot of employees, they have a team of just 11 who continue to develop the game and other games.

“It snuck up on us a bit,” said Keith Shepherd, cofounder of Imangi Studios, in an interview with GamesBeat. “It’s kind of crazy….It’s changed so many things for us. It’s opened up cool opportunities. Over the past three years, we’ve spent a lot of effort on Temple Run. We created a sequel. We worked with Disney twice, doing Temple Run Brave and Temple Run Oz. We started this worldwide licensing and merchandise program. We have arcade machines and apparel and plush toys and board games. It’s been an amazing ride.”

Temple Run was the company’s 10th game that they launched, and the three developers created the original game in an apartment over a space of five months.