Researchers at the Keio University in Japan have developed a telexistence robot, called Telesar V, which is designed to duplicate all your movements and senses, and it is designed to let you be in two places at once. 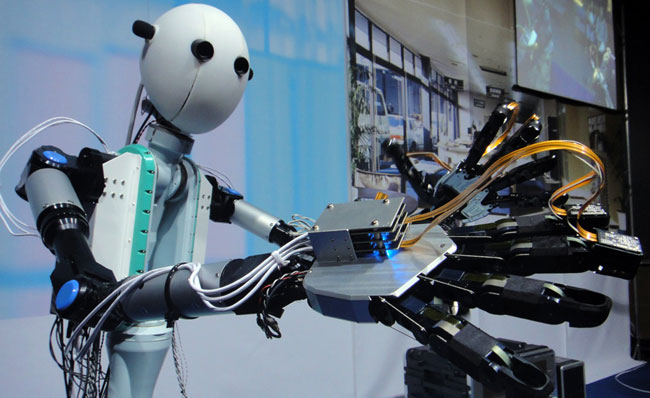 “What you can do with this telexistence robot is, you can see the things you usually see, even at a remote location. If you’re a physician, for example, to examine a patient, you need to extend your hands. With this system, you have hands that you can move just like your own. You can also hear what’s going on around you. Those are the first things we’ve achieved with this system. And now, as a feature of TELESAR V, we’ve added sensors that communicate what the robot’s fingers are touching, and a system to feed the touch sensation back to the operator. This technology makes it possible to operate the robot as your avatar, and feel what you’re touching, even if you’re a long distance away.”

You can find out more information about the Telesar V Telexistence Robot Avatar over at DigInfo.