Not Pizza Hut though as a lot of people are speculating. In these trying times, all sorts of nefarious deeds are being perpetrated by unlikely characters be they ninjas attacking an Apple store or this latest travesty.

The scene of the crime was a Wendy’s branch in Rib Mountain, Wisconsin where a large man in a mask help up the cashier at gunpoint. Don’t know why people bother robbing fast food joints as food there is so cheap the suspect could have bought a lot of burgers if he just pawned his gun instead and used the money. 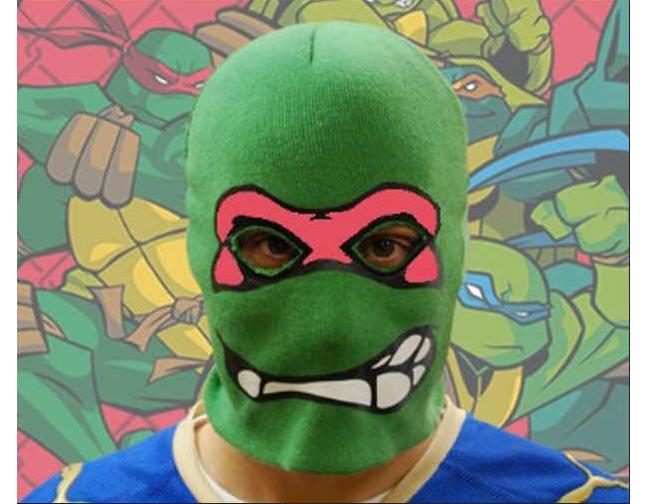 Oh wait, this just in (after a cursory reading of the available reports): Turns out there were two men involved in the heist. One was wearing a Ninja Turtle mask while another concealed his identity in a different fashion. The pair left Wendy’s with a significant amount of cash and are still at large. We’re a little befuddled why they didn’t help themselves to some fries or a sundae. Wendy’s got the best of both!

Hopefully, these thieving criminals are apprehended soon. Nice Raphael mask by the way, fitting as he was the most hardass turtle among them.