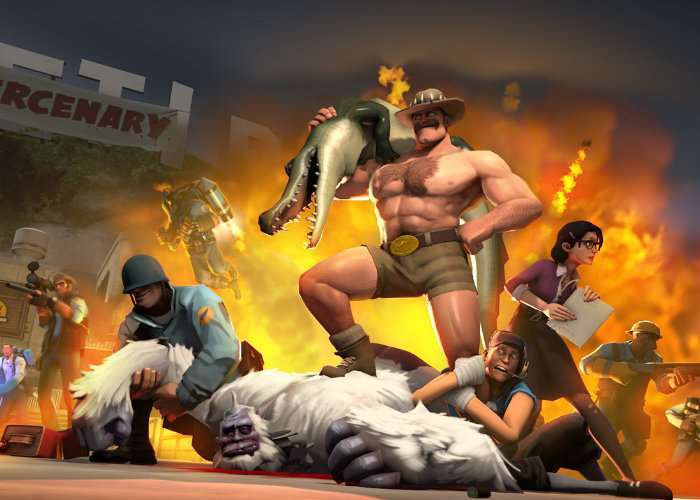 After 10 years since its launch Valve has today rolled out a major update to the awesome Team Fortress 2 game bringing with it plenty of new features, maps and enhancements.

Today, Valve revealed Mercenary Park – a new map made in-house which looks like a mix of Australian-themes and Jurassic Park, check out the Team Fortress 2 Jungle Inferno trailer below to learn more about what you can expect.

After a decade of dustbowls and gravel pits, it’s time to pack your snorkel, find your flip-flops, and endure a series of painful yellow fever vaccinations to your abdomen, because Team Fortress is heading to the tropics! Introducing Mercenary Park, a new jungle-themed disease-ridden three-control point map, made in-house by us!

According to sacred Tibetan folklore, the noble Yeti inhabits the Himalayan region of Nepal. Now its stupid face can inhabit the knuckle sandwich region of your fist. Scare your enemies, impress your friends and trick sherpas into dating you with this Yeti transformation kit.

Jump over to the official Team Fortress 2 website for full details on all the enhancements and updates you can expect after installing the Jungle Inferno TF2 update.