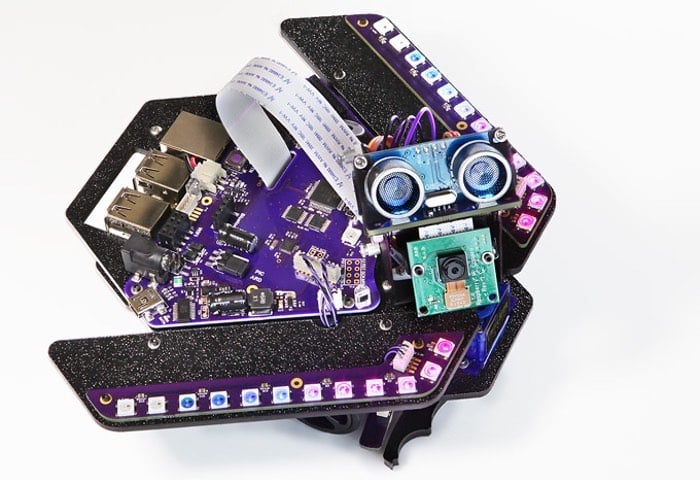 Serial Kickstarter entrepreneurs at Plum Geek have this week launched their fourth Kickstarter campaign to raise funds for the new Spirit Rover robot they have created. Which has been specifically designed to enable users to learn more about programming the Raspberry Pi mini PC and Arduino micro controller.

The Spirit Rover tabletop robot allows you to design your own missions whilst learning to program in Python, C/C++, and Linux along the way. As your skills increase you can then hack the robot in any way you like to expand your knowledge and skills even further.

Check out the promotional video below to learn more about the Spirit Rover robot and its features and functionality. The team at Plum Geek explains more :

Want to learn to code in Python and/or Arduino? Whether you’re new to programming or a pro, the capabilities of the Spirit Rover hardware will allow you to grow and apply your skills. Many combinations of programming are possible. Write your code using Python and C/C++ on the Raspberry Pi, or write your code in C/C++ using the free and open source Arduino environment. Our easy to use functions allow seamless communication between the two boards.

You’ll learn how to use advanced features of the powerful Linux operating system. Compile your own code, install packages, view hardware information and more. The Spirit Rover robot includes three different computers, just like many other advanced robots you’ll find in the real world. You’ll learn how these more advanced systems really work at the low level.

A Raspberry Pi computer will handle most of your processing. Though it is optional, it is a powerful computer capable of doing many things at one time. The Pi is similar to the computer inside a tablet computer or small laptop. An Arduino compatible processor can be used alone or together with the Pi. This is the same processor as found on the popular Arduino UNO board. It is also the same processor (and runs the same code!) as the processor on our Ringo, Wink, and Plumduino boards.