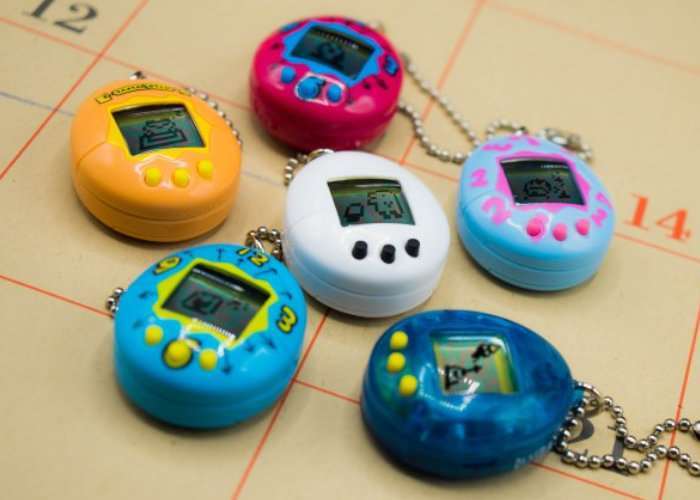 The 20th anniversary Tamagotchi Virtual Pet will start shipping and be available in stores from November 5th, 2017 onwards, but unfortunately rather than enhancements the latest version has fewer features than its predecessor.

This year marks the 20th Anniversary of Tamagotchi in the United States and to memorialize the occasion, Bandai America is releasing a smaller version of the device in limited quantities on November 5, 2017. Totally Awesome!
Awakening and evoking nostalgic feelings from the mid-to-late ’90s, this smaller Tamagotchi device features the familiar egg shape, pixelated LCD charm, and, of course, the recurrent need for tender-loving-care that endeared fans in 1997 when it was first released!

“For many Generation X kids, the Tamagotchi device can be considered America’s first and favorite digital pet,” says Tara Badie, marketing director for Bandai America.  “The enduring power of Tamagotchi is its clear expression that nurturing and love never goes out of style. It’s such an honor to bring back one of the most beloved toys in a way that captures the magic and joy of a generation while embracing the sensibilities of new generations.”