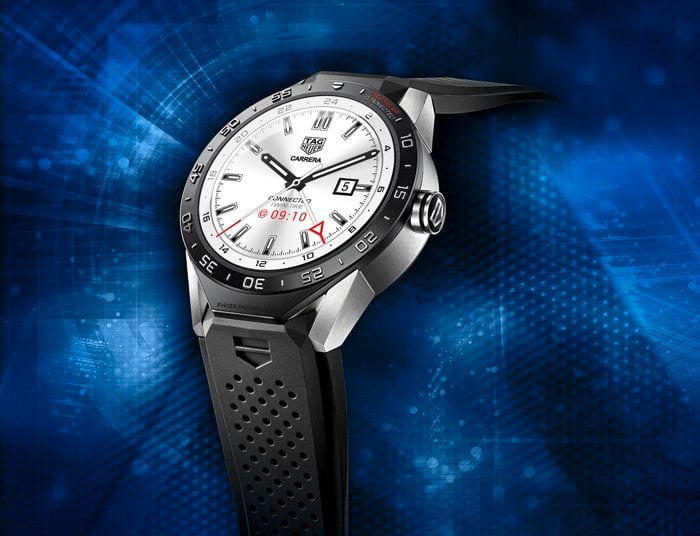 The first Tag Heuer smartwatch launched recently, the device is called the Tag Heuer Connected, it is powered by an Intel processor and comes with Google’s Android Wear OS.

The Tag Heuer Connected retails for $1,500 and the company is apparently making around 1,200 units of the watch a week.

He also said that the company will be suspending online sales of the device to give priority to physical retail stores to ensure that they have enough stock to meet the demand for the new Tag Heuer smartwatch.

As a reminder the Tag Heuer Connected measures 46mm and the device has a display with a resolution of 360 x 360 pixels. It is powered by a 1.6GHz Intel Atom Z34XX processor and comes with 1GB of RAM, there is also 4GB of included storage.

The smartwatch also features a 410 mAh battery which is good for 25 hours of usage and it comes with an IP67 rating for water and dust resistance.

It will be interesting to find out how many units of this new smartwatch Tag Heuer have sold, as soon as we get some more details, we will let you guys know.