A new first-person shooter (FPS) multiplayer game has been made available on Steam this week called Tactical Intervention which has been created by Minh “Gooseman” Le, the co-creator of the classic team-based FPS Counter-Strike.

Within Tactical Intervention you take your role as either terrorist or counter-terrorist and confront opponents in fierce and frantic combat over a variety of high energy maps. 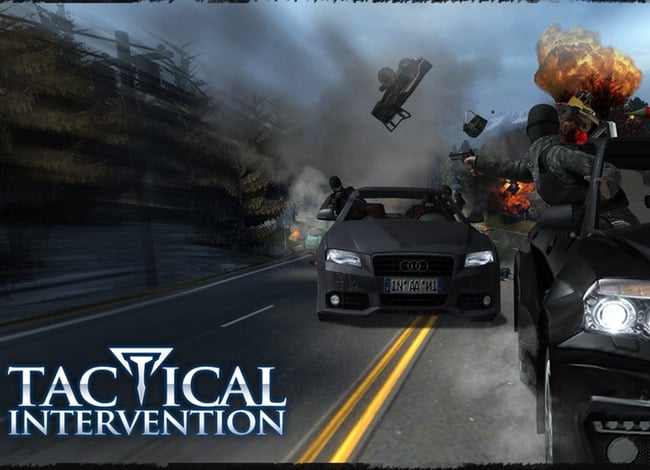 During gameplay you get to use authentic real world weapons, from the classic P90 to the terrorist favourite, the AK47 and the game features a number of unique game modes and mechanics not seen in other shooters, says its creators.

“Experience the thrill of rappelling down a building, kicking in the plexiglass, hurling a flash bang, grabbing a hostage as a human shield, and dealing some rapid fire death with your Uzi. Use riot shields to defend yourself against enemy forces and then command your vicious German Shepard attack dog to savage terrorists out of line of sight. Dive to cover and lay down suppressing fire with your Aug assault rifle so your teammates can liberate the terrified hostages.

Combining the strategic elements of modern team-based shooters with the pure thrill of the original Counter Strike series, Tactical Intervention brings a whole new level of gaming to the battlefield and lets players feel the true intensity of battle. With a huge variety of weapons, special equips, authentic combat uniforms and paths to victory, Tactical Intervention truly is the next evolution in team-based combat. So grab your P90, slap on a red-dot, twist in a silencer and dive into TI!”

Jump over to Steam to play it for free now.