A new stand-alone programmable MIDI controller has been created called the Tabstrummer, which is half guitar and half keyboard. Its allows chords to be programmed into it and then played back at the press of a button.

The Tabstrummer has been built using a Atmel microcontroller and features a MIDI output as well as an audio-out jack. Watch the video after the jump to see the Tabstrummer in action. 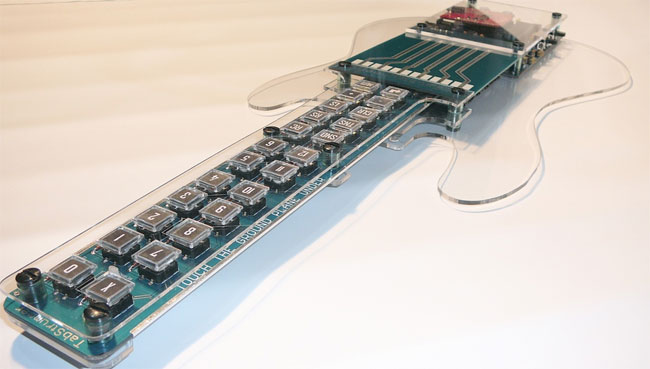 Its also equipped with PCB traces for strings and a MIDI out connection and MIDI sound shield with onboard audio out jack, enabling you to use headphones or connect it to your sound system or TV.