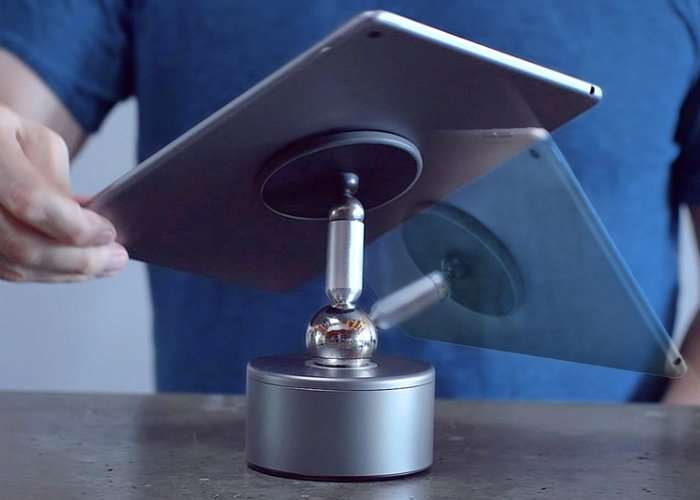 Pukk is a new magnetic and kinetic tablet stand which has been created by a team of designers based in Chicago and uses a magnetic articulating arm to enable “dynamic positioning” of your smartphone or tablet.

The desktop tablet mount remains in position thanks to its minimalist aluminium base, which allows it to be portable and used wherever you may need to view your tablet screen. Such as in the kitchen when cooking or viewing your favourite show from a bedside.

The designers of Pukk explain or about its inspiration, design and the unique magnetic articulating arm.

What you’re going to witness here in this project is the function of a unique arm—a magnetic articulating arm—and the cool things it can do holding your phone and tablet. Three sets of magnets and two steel balls give you the flexibility to adjust the angle of your screen any which way you like, in a manner you’ve seen before.

I got the idea from something that impacted me many years earlier—the kinetic motion of the two lamp characters in John Lasseter’s first Pixar animation, Luxo Jr. (More on that in a bit). I wanted to build an arm that moved like that—with fluid, organic articulation across two swiveling ball joints—on a mount for my iPad.

Visit the official Kickstarter campaign via the link below for more information, full specifications and the ability to make an early bird pledged from just $69.