If importing your Facebook friends list into Skype is way too time consuming for your schedule and sound quality means next to nothing to you, then T-Mobile’s Bobsled Facebook application seems right up your street. Or rather seemed, seeing how Facebook pulled it a while back. It’s now back and ready to carry your voice to the furthest reaches of your friends list. 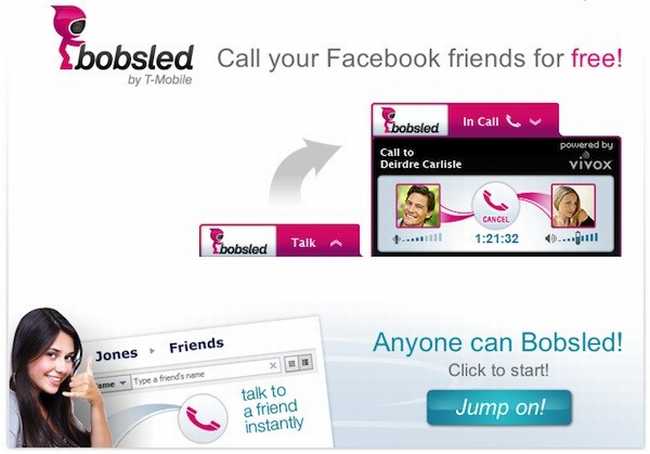 The reason it was originally forced to vacate the confines of the world’s bluest social network seems to have something to do with its appearance, which was rather too close to Facebook’s own services, potentially confusing users. We’re pretty sure users would have caught on form the T-Mobile in the name, but Facebook insisted they “more clearly differentiate it from a Facebook owned service” anyway. Oh, we almost forgot the awesome slogan: “Anyone can bobsled!”. We expect you’ll insert your own “Cool Runnings” joke.