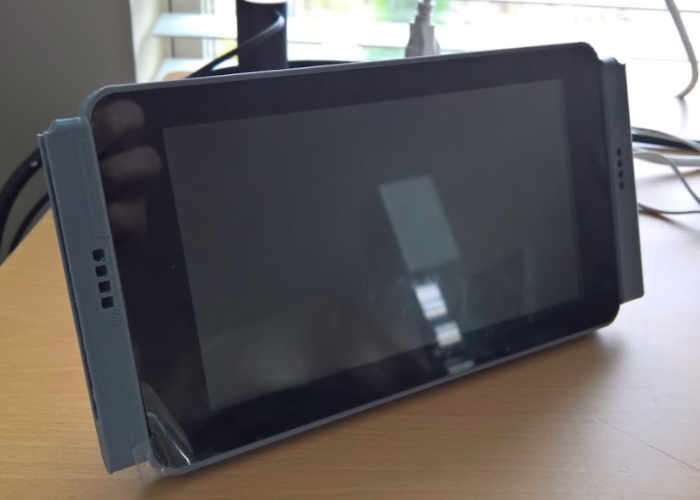 A new mobile gaming system has been created using a Raspberry Pi mini PC and inspired by the Nintendo switch, aptly named the SwitchBerry.

The SwitchBerry has been created to provide a way to play PC games on the go without the need for a mouse or keyboard, and providing a steady frame rate with no latency. Watch the video below to learn more about the unique project which is now available via GitHub.

The creator of SwitchBerry explains more about its inspiration and design:

I’ve always wanted a really cool handheld gaming device. I had a GameBoy, PSP, and Nintendo DS growing up. I really liked the PSP the most because I could mod the heck out of it but also because they had more of the kind of games I like. Then I got into consoles by playing Xbox, Xbox 360, PS3, and now Xbox One. I’m also just now diving into PC gaming. My desire for a handheld console diminished because I enjoyed competitive multiplayer games and other single player and co-op games that I knew a handheld couldn’t handle (no pun intended).

One day, Microsoft announced the ability to stream the Xbox One to any Windows 10 device. I was excited! All I had to do was find a small enough tablet and I’d be good to go. But it wouldn’t be the same. I’d carry around a tablet, and a controller when I already carried a Surface Pro 3. So I waited again, until I found NVIDIA Game Stream using Moonlight. They had an android app and I had an Android phone. My problem was I didn’t have a gaming rig. I was planning on building one but didn’t have the money yet. Again, I waited.

Finally, one day I found Parsec. Their focus was on low latency and they supported AMD, Intel, and NVIDIA. My Surface had integrated graphics so I could test it out! It was buttery smooth. I then found out they made a Raspberry Pi version. It got me thinking, could I MAKE a handheld and use this app? I needed to see what other people had done. I found different tips about which Pi to use for mobile projects, what kind of battery life to expect, what screens I could use, but the one big question was the controller. I always imagined having to split an Xbox controller in half and just mounting it on the sides of a screen. I knew that would be difficult and ugly so I was hesitant. Then I saw the Nintendo Switch Joy-Cons. I found a video of some guy playing 2-player with the Joy-Cons in RetroPie. A plan was born.