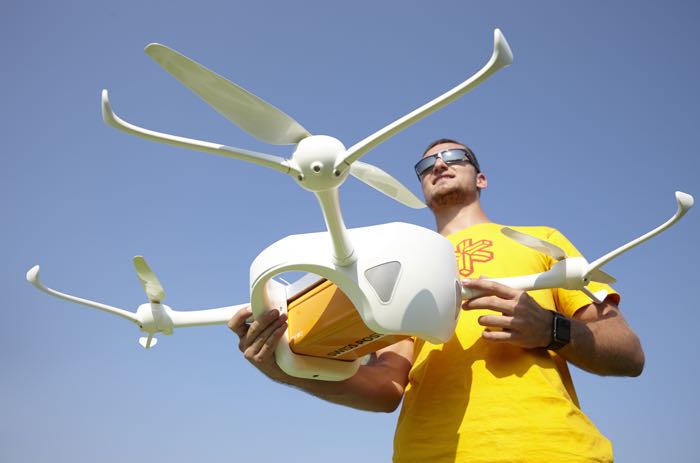 Amazon is not the only company that wants to use drone deliveries for their parcels, Swiss post has announced that it is testing out drones.

Swiss Post and its air freight division, Swiss Cargo has teamed up with logistics drone maker Matternet and it will start running drone delivery tests this month.

In spring 2015, Swiss Post, Swiss WorldCargo (the air freight division of Swiss International Air Lines) and Matternet (a logistics drone manufacturer based in California) joined forces to test the practical use of drones in logistics. The possible areas of application offered by drone technology are very diverse, ranging from delivery to peripheral areas to the express delivery of goods. Until the time of their realistic commercial use in around five years, there are various requirements which need to be clarified. This includes the regulatory framework. In addition, there are technical restrictions with the drones of today, such as limited battery life.

The company’s are testing out a drone which is specifically designed for small parcels and the drone can carry a parcel which weighs up to 1KG, the drone is capable of delivering parcels up to a distance of 10KM on a single charge.