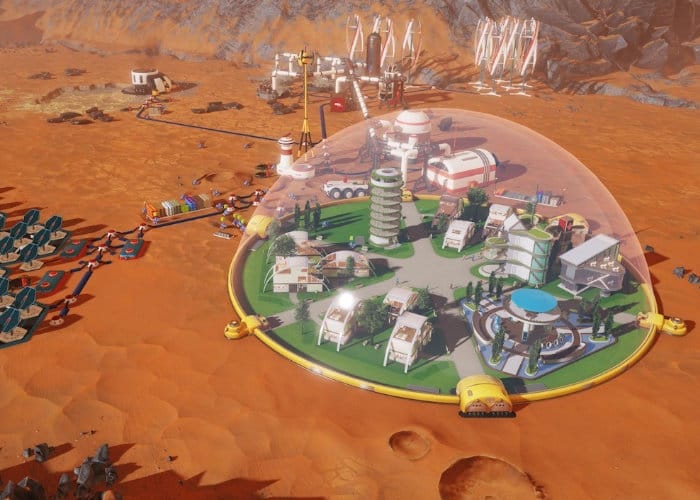 Developers Haemimont Games and publisher Paradox Interactive have today made available the new Surviving Mars strategy and space simulation game making it available on PC, Mac, Linux, PlayStation 4 and Xbox One. Offering a single player game during which players must oversee the colonisation of Mars and ensure the survival of its columnists. Check out the launch trailer below to learn more about what you can expect from the space strategy adventure. “ There will be challenges to overcome. Execute your strategy and improve your colony’s chances of survival while unlocking the mysteries of this alien world. Are you ready? Mars is waiting for you.”

  Features of the Surviving Mars include the ability to individually simulate columnists, build a sustainable colony in space as well as construct futuristic space domes and explore the Red Planet’s secrets. The game is now available to purchase directly from the PlayStation, Xbox and steam online stores. And a deluxe edition of Surviving Mars is available providing ambitious colonists with a variety of new ways to customize their new homes and domes. New content, exclusive to the Deluxe Edition. Including the The “Metropolis” Building Set, additional radios station “Quantum Sonics”, Onyx Housing Skins and the game’s art book which provides 50+ pages detailing the art and making of the Surviving Mars game.

For more information on the season pass which includes two full expansions and two content packs to Surviving Mars in the months following launch. jump over to the official Steam online store.