The firmware update released by Super Talent increases the speed of the drive by 55 mb/sec increasing the overall speed to 370 mb/sec. Watch the video after the jump to see the data. 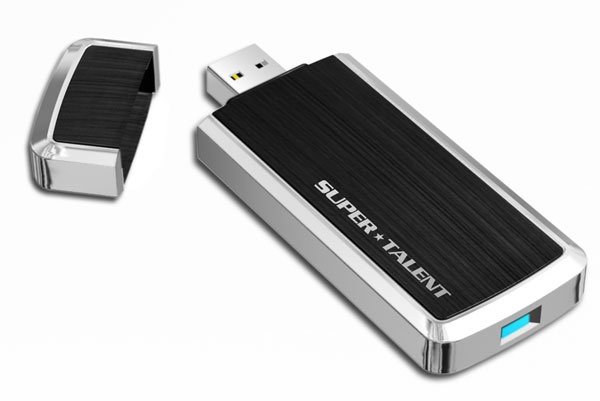 The Super Talent RAIDDrive running the older firmware could fill 64GB of storage in around 3 minutes, as opposed to about 26 minutes using USB 2.0.