The tiny Space Invaders cabinet is fitted with a fully working tiny joystick and buttons and has been created from the internal workings of a Game Boy Advanced SP. Which allows it to also play other games using the relavent GBA SP cartridge. Watch the video after the launch to see this amazing little cabinet in action. 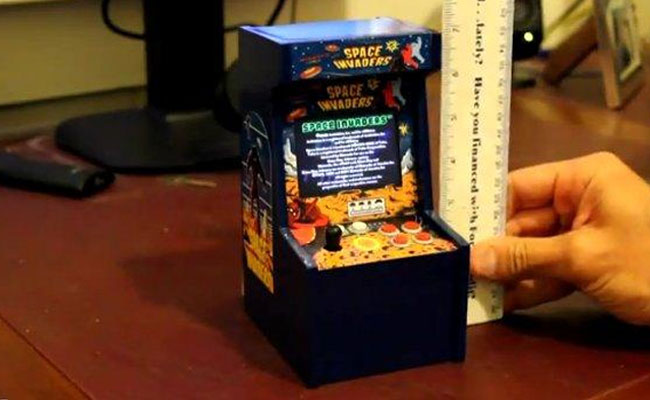 The mini Space Invaders Cabinet has been created by YouTube user ‘vcoleiro1’ who was inspired by a few other mod masters on YouTube.