If you are a fan of the early space invaders games as I am then your going to enjoy this Romain Jerome Space Invaders Watch that comes with either a colour space invader face or a monotone black and white face pictured after the jump.

The Space Invader watch has been designed to recall some of the fun and playfulness, together with the novelty of the late 1970s video game and is the  first high end watch to be based on a video game.  The process of obtaining and licensing the Space Invaders name from Taito for a high end watch was apparently fairly difficult, but eventually negotiated. 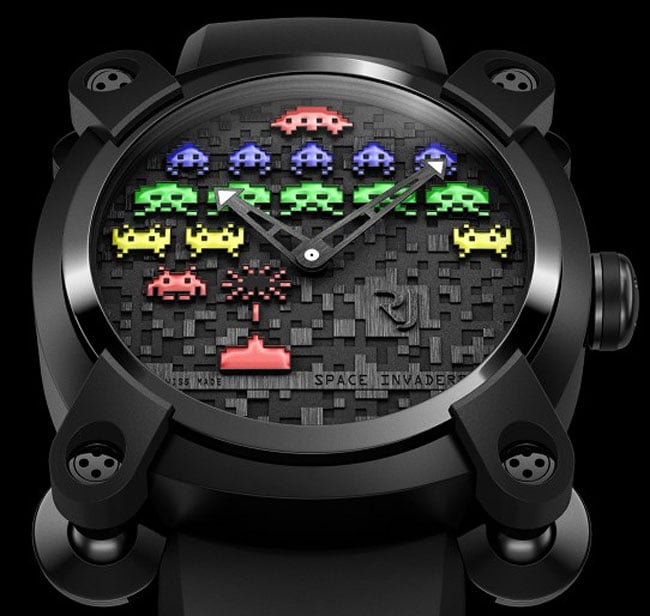 The watch incorporates a multi-level face which was very difficult to manufacture explains Jerome, while trying and capture the required effect and make face look as though it had been made from pixels.

The Space Invader watch is also fitted with a mechanical self-winding movement, and lugs fitted with safety screws and integrated ball-and-socket joints to provide ergonomic wrist adjustments to fit your wrist.

If you can’t resist purchasing one of these fantastic Space Invader Watches you might need to hurry as each style is limited to just 78 pieces, in reference to the year the game was launched. Unfortunately no information on pricing has been released as yet, but as soon as it becomes available we will up date this article. 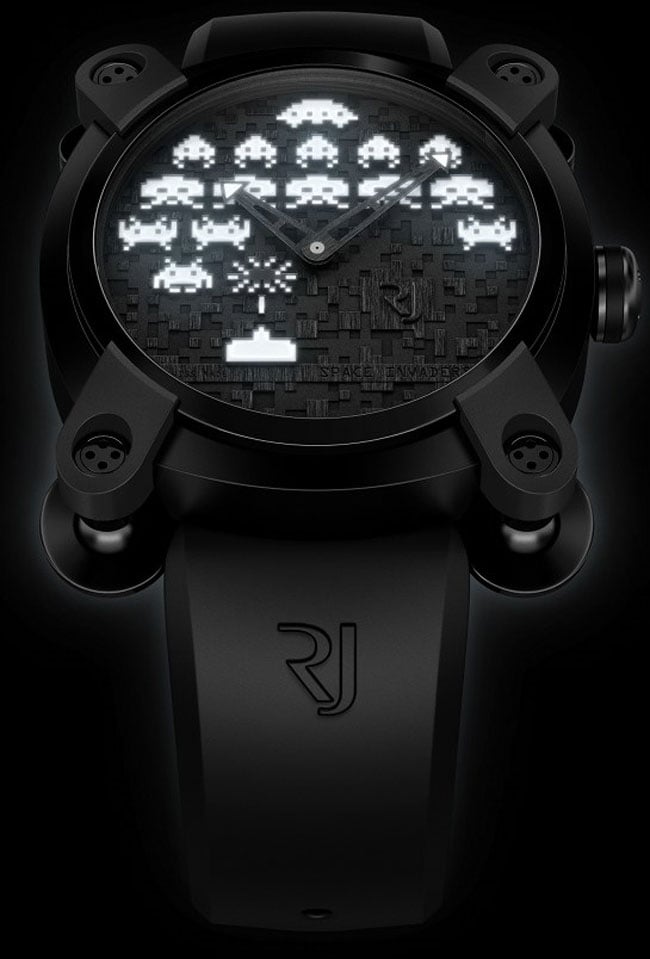