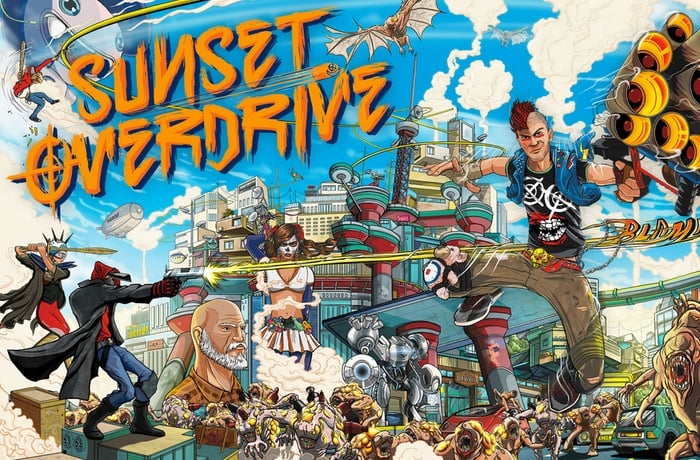 This month a new three minute trailer has been released providing more details on the gameplay experience you can expect to enjoy once again finally launches this Autumn as an Xbox One exclusive.

“Choose Your Chaos Wisely – The amount of Chaos is what determines the difficulty of your team’s final Night Defense. The higher your Chaos– the tougher your Night Defense is going to be, but you’ll get more chances to receive cool rewards at the end.

The amount of Chaos you have will depend on which missions you voted for leading up to Night Defense. Take a mission with a lot of chaos to increase difficulty and potential rewards? Or take a mission with a team boost to make the group more likely you succeed?”

For more information on the new Sunset Overdrive Xbox One exclusive game jump over to the Xbox website for details.