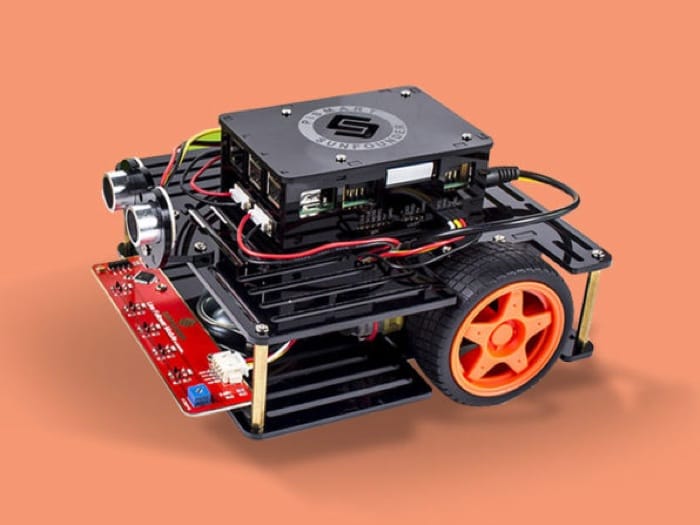 The Raspberry Pi 3 + Speech Controlled Smart Robot Car Kit is available in our deals store for$169.99

PiSmart is an intelligent platform based on Raspberry Pi designed by SunFounder, integrating Speech to Text (STT), Text to Speech (TTS), and servo and motor control. It includes a 5-channel, 10-bit ADC, and utilizes the 8-channel digital built into the Raspberry Pi to make DIY programming easier, and enabling intelligent human interaction. PiSmart has been built into this fun smart robot kit, allowing you to build a car, program it to follow a line, avoid obstacles, and respond to your voice.

You can find out more details about the Raspberry Pi 3 + Speech Controlled Smart Robot Car Kit at the link below.