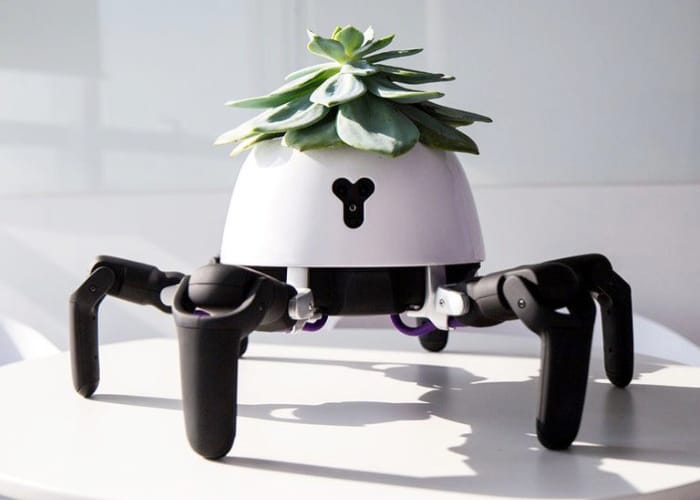 If your plants could do with a little TLC sometimes, a new robot created by Chinese roboticist and entrepreneur Sun Tianqi might be worth more investigation. Tianqi has modified a six Lego toy robot created by his company Vincross to carry houseplants and place them in the sun or shade according to the amount of light they require.

“The original idea of the project came from a dead sunflower. In 2014, I went to see a sunflower exhibition, and found myself focused on a dead sunflower near a ground of blooms. The dead flower sat in a place that was always in a shadow. I had no idea how it ended up there or why it died – whether it was because of the lack of sunshine or water – but it was just there, and it was dead. I thought, if it could move a little bit, take a 30-feet walk out of the shadow to where the other sunflowers were, it would have lived healthily. But it didn’t.”

“Plants are passive. Eternally, inexplicably passive. No matter if they are being cut, bitten, burned or pulled from the earth, or when they lack sunshine, water, or are too hot or cold, they will hold still and take whatever is happening to them. They have the fewest degrees of freedom among all the creatures in nature. This is simply the default setting that nature gives to plants.”

For more information jump over to the official Vincross forums by following the link below.