Dassault Aviation are working on a spacecraft that is designed to take civilians into space, and their new spacecraft is based on NASA’s X-38 experimental plane.

The new spacecraft is reusable and it will be launched off the wing of a commercial aircraft which is flying at about 25,000 feet in the air. 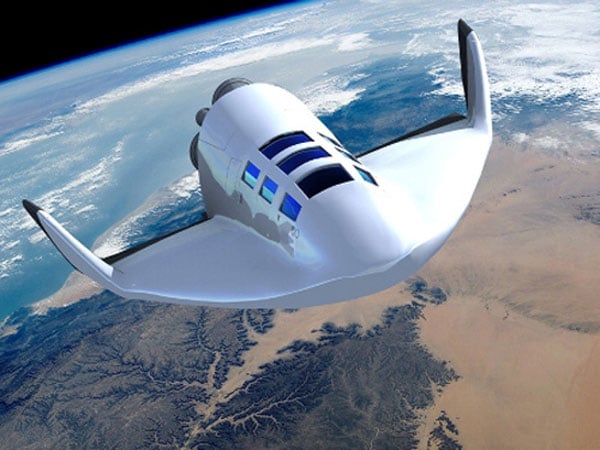 This new Suborbital spacecraft is designed to take up to six passengers at Mach 3.5 up to 62 miles high, which is just on the edge of space, they passengers will then remain in space for just three minutes and then glide back down to earth, the spacecraft will be able to land like a commercial aircraft.

There are no details on how much these space flights will cost, but we suspect they will probably cost more than your house, and no details on when you will actually be able to travel into space.