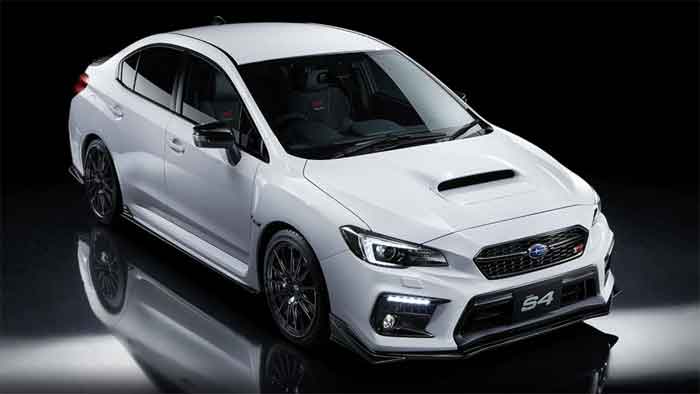 Subaru is one of the Japanese automakers that’s known for making special editions of its cars that we can’t get in the states. The latest Subaru WRX model that’s bound for Japan only is the Subaru WRX S4 STI Sport #. Yes, the car actually has the “#” symbol in its name.

One caveat for those looking at the car and thinking it doesn’t look like a real STI model is that it’s not. The ride is actually standard WRX that’s fitted with some STI components. Those components include a flexible front tower bar and flexible draw stiffeners for the front and rear. Those components have been available on the aftermarket for a while.

The components are designed to deliver faster steering response, reduce roll speed, and improved wheel tracking without impacting the suppleness of the suspension. The only tweaks to the engine include a freer breathing air filter and exhaust that raises torque by 10% while promising sharper throttle response. The vehicle also has thicker sound insulation in the floor and additional vibration damping material for comfort. The Subaru WRX S4 STI Sport #is limited to 500 units priced at ¥4,741,000, or about $44,000. All 500 units sold out already.