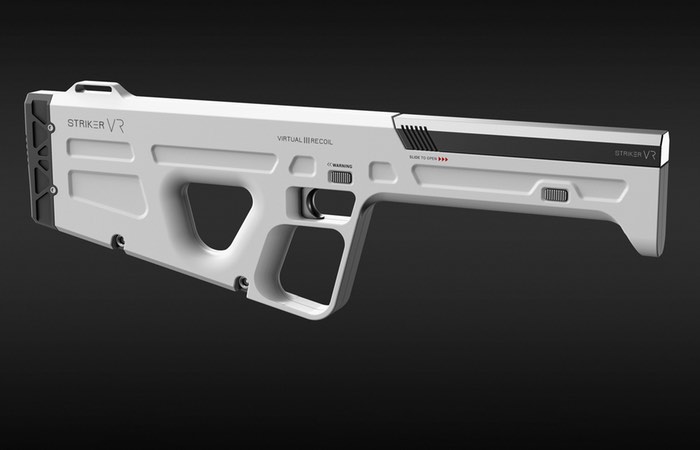 This week Striker VR has published a video to YouTube demonstrating their new ARENA Infinity Haptic VR Gun prototype in action, providing a quick teaser on what we can expect from the hardware once it becomes officially available to consumers.

The Haptic VR Gun was first unveiled by Striker VR back in April 2016 and is now capable of providing users with feedback from a single, burst, and full-auto firing modes. As well as other special effects such as a sci-fi railgun that needs to be charged before firing.

Due to the Haptic VR Gun still being under development the team is currently working on adding support for several tracking systems such as Valve’s Lighthouse, Oculus’ Constellation, and PlayStation’s Move tracking systems, and the hardware currently supports PhaseSpace and Sixense STEM tracking.

Striker VR’s ARENA Infinity is a haptic VR gun which can simulate various weapon fire modes and other haptic effects like a revving chainsaw. After revealing the design of the accessory back in April, the company is now showing off a working prototype.

For more information on the new Haptic VR Gun jump over to the Striker VR website for details by following the link below.