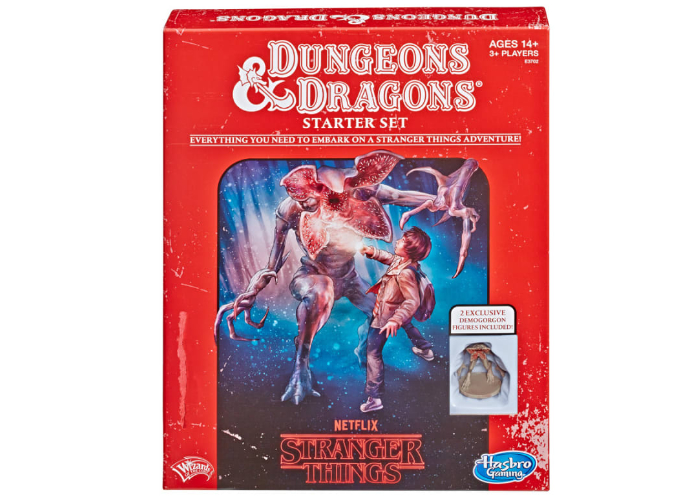 Fans of the Stranger Things series, might be interested in new Stranger Things games unveiled by Wizards of the Coast and Hasbro this week in the form of a unique Dungeons and Dragons, Stranger Things themed starter set, which includes two Demogorgon figures and will be available to purchase on April 22nd, 2019

The $25 pack includes D&D basics such as character sheets, dice and a rule book to get you up and running even if you haven’t played Dungeons & Dragons before. The starter set also includes five Stranger Things character sheets based on those used in the show, including Will the Wise and Dustin the Dwarf.

“The Stranger Things Dungeons & Dragons Starter Set contains everything players need to embark on a Stranger Things adventure including the essential rules of the roleplaying game. It’s a great way for new as well as seasoned Dungeon & Dragons players to experience the D&D adventure Stranger Things character Mike Wheeler has created for his friends. Pick your character — will you be Will the Wise or Dustin the Dwarf? Get your fireballs ready as you investigate the mysterious castle and battle the ferocious Demogorgon. Prepare for just about anything, because the game just got stranger.” 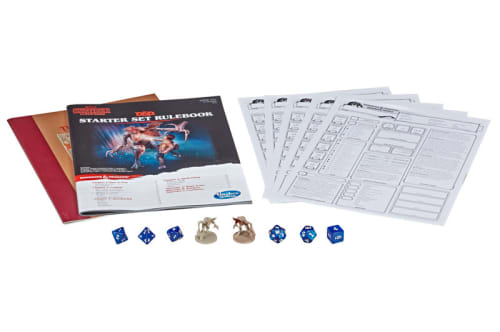 Season three Stranger Things is currently under production and will be premiering later this year around July 2019. Other Stranger Things themed goodies include an 80s-themed version of Trivial Pursuit which will also be available on April 22nd. Together with a mini arcade console offering 20 retro games of which 16 are Stranger Things-themed titles along with Pac-Man, Dig Dug, Galaga and Galaxian.

“The 80’s Stranger Things Trivial Pursuit game features 1500 trivia questions from 6 categories: Movies, TV, Music, Famous People and Events, Trends, Tech and Fun, and (of course) Stranger Things. The twist is that if you land on one of the Portal Spaces, you have to flip a section of the board over and send all players to the Upside Down where you can lose wedges.”