The folks at Blackberry have done a pretty good job when it comes to update BBM and introduce new features. Recently, the company release BBM Voice and BBM Channels for their Android and iOS app, which was previously available on Blackberry devices only. 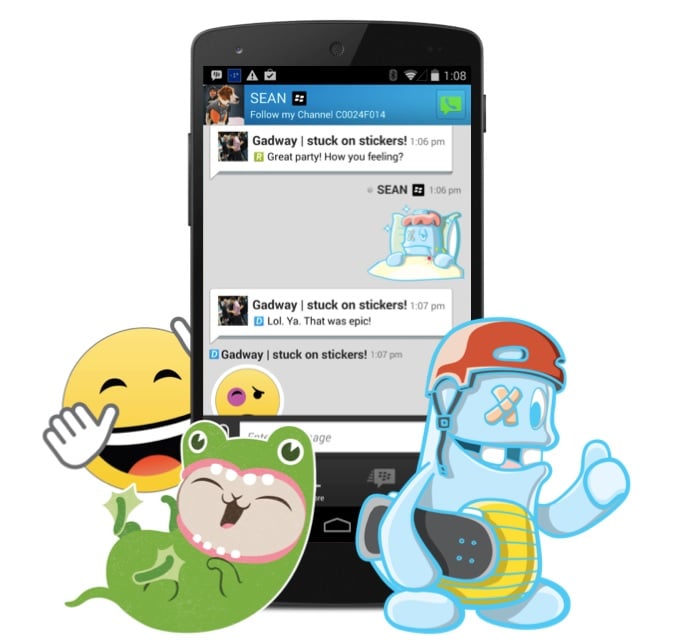 Yes, there will be a new BBM Shop in the coming weeks which will house premium sticker packs which can be purchased and used during communication. These are more than emoticons, and as the company describes them, “Unlike emoticons, stickers are bolder, more beautiful images that you can add right in to your chat. Stickers are downloaded in packs available for purchase from the new BBM Shop – found right inside BBM. Each sticker pack will contain between 20-25 stickers relating to a theme or a character like CosCat, Gilbert’s Tales, Bubble Bot and more (we can’t wait for you to meet the whole gang!).”

The stickers are currently being tested in an external beta and will roll out soon for users. Although there’s no word about the exact launch date, but it shouldn’t be too far. We’ll update you as soon as they are available.