One thing that the late Apple co-founder Steve Jobs was working on before he passed away was a superyacht, unfortunately Mr Jobs didn’t get to see his yacht finished, but it has now been completed.

The superyacht is a 26o foot yacht which has apparently been constructed for lightweight aluminum and features an interior designed by Philipe Starck, complete with 7 iMacs, have a look at the video below. 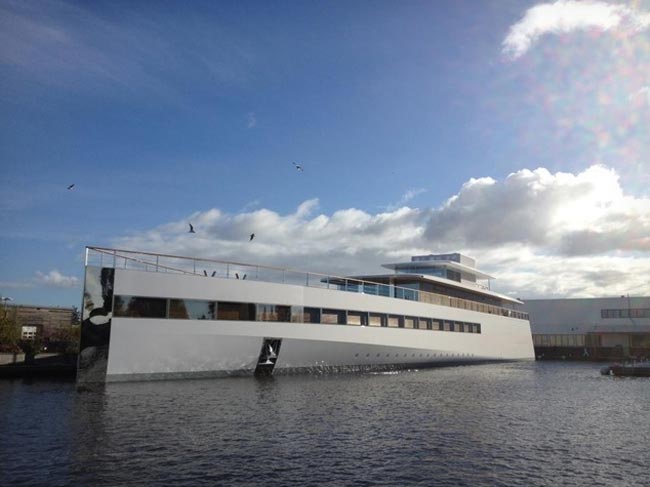 There are no details on how much the yacht cost to build, it is called Venus, and each one of the ship builders that worked on the yacht were gifted an iPod Shuffle with the ships name inscribed on the back.

Source One More Thing, The Verge