The iPhone OS 3.1 will be available from today as a free download from iTunes, some of the new features include is the rumored pre-cut ringtones, plus a genius function, that will recommend apps to you based on ones you already have on your iPhone. 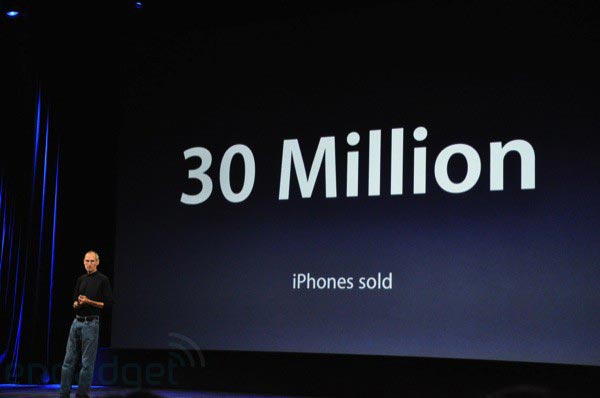 He also announced the launch of a new version of iTunes, iTunes 9 which will feature Genius mixes, here’s what Steve had to say about the new Genius Mixes feature.

“Imagine a genius DJ that plays endless mixes of songs from your library that go great together. You just click on one of the mixes, and start playing it — and it will go on and on and on. It’s like a great radio station.”

Another new feature will be improved syncing, which lets you sync everything by artist now as well as albums, plus you will also be able to arrange you iPod or iPhones home screen through iTunes. 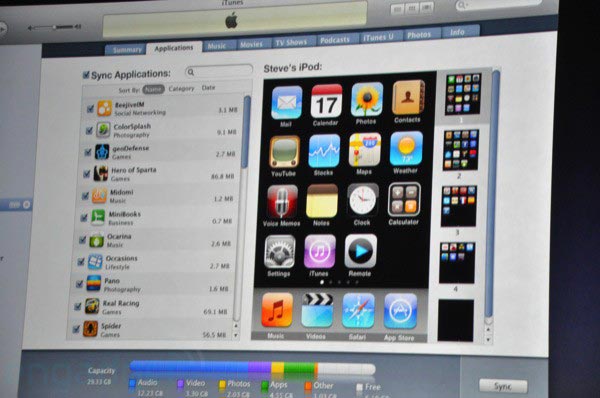 Another new feature of iTunes 9 is home sharing, that lets you share your music with up to 5 computers at once, plus the iTunes store features a new design with a much cleaner look