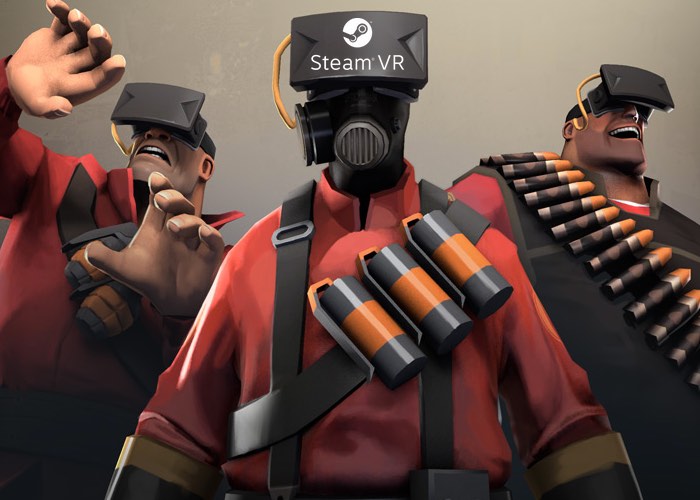 Valve has this week announced by the Steam community website that the SteamVR beta software application has now been updated providing a variety of enhancements, tweaks and updates for use with the HTC Vive virtual reality headset.

The HTC Vive VR headset launched at the beginning of this month and is now available to purchase price of $799 with shipping expected to take place in around four months time if you were to place an order today, due to availability and demand.

New features and enhancements you can expect to enjoy in the latest SteamVR beta software update include :

– Added support for skinning controller and base station (or camera) models. Skins can be downloaded from the workshop. They will work in the dashboard and in any application that uses the default controller models.

– Added automatic firmware recovery for controllers and wireless receivers. Recovery will initiate when SteamVR starts and detects a malfunctioning device connected over USB.

For more information on the new SteamVR update and the HTC Vive headset jump over to the SteamVR website for details following the link below.