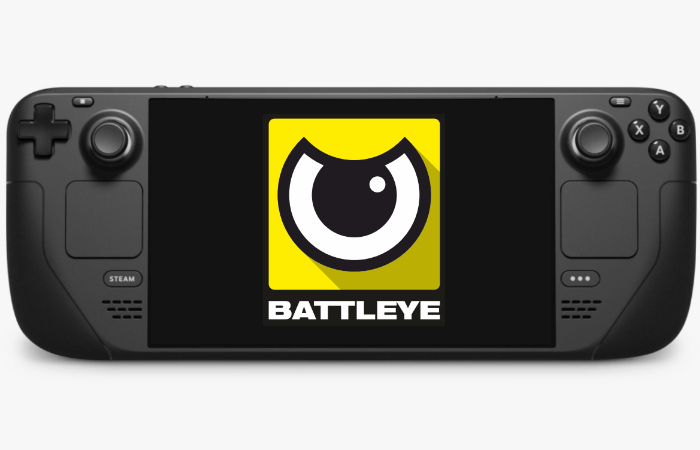 Valve has this week revealed more details about how easy it is to set up BattlEye anti-cheat implementation on games played on their new Steam Deck. The process is as easy as emailing the BattlEye team to implement the anti-cheat service within games. As previously revealed by Valve the Steam Deck will not be able to play every Steam game perfectly but uses the Proton compatibility layer to run Windows games on Linux, and now supports one of the biggest anti-cheat solutions BattlEye.

The Steam Deck handheld console will soon be officially launching and is expected to start shipping to early adopters during December 2021. Although most early preorders will not start shipping until Q1 2022 or later says Valve. With orders placed this week and after expected to ship sometime in Q2 2022. So if you are hoping to get your hands-on one of the new Steam Deck consoles make sure your preorder is in earlier rather than later. Valve explains more about the implantation of the BattlEye anti-cheat system over on the Steam community site :

“As we mentioned previously, BattlEye on Proton integration has reached a point where all a developer needs to do is reach out BattlEye to enable it for their title. No additional work is required by the developer besides that communication. Partners have started turning on BattlEye support for their titles, meaning these games are now working on Steam Deck.

Starting today Mount & Blade II: Bannerlord and ARK: Survival Evolved’s BattlEye anti-cheat systems are working on Proton, and we expect others to follow soon. If you’d like to try this out now, you’ll need today’s update of Proton Experimental as well as the Steam Client Beta.