If you have already heard about the StarCraft MMO you will already know it is built on the foundations of StarCraft and has been under development for sometime. The great think about the game is that its been developed by fans of StarCraft and its team of developers have this week unveiled what they have completed so far and the results look very promising.

The team of StarCraft fans have taken the real-time strategy game and transformed it into a multiplayer role-playing game called StarCraft Universe. The preview enables you to entering the arena or.. “Encephalon Grid” and play as any class, starting at level 30 with a full set of level 30 gear. Watch the video after the jump to see it in action. 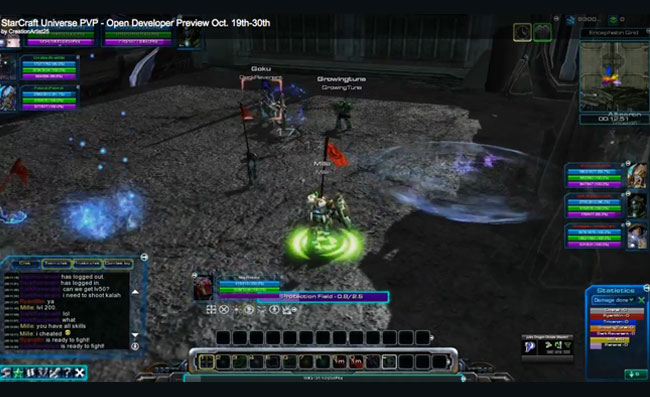 You also will be given a mid level starting kit of abilities for your class, and may even be able to unlock more abilities during the preview if you win enough matches.Enjoy! The creators of the StarCraft Universe explain:

“As promised back in January, we will have something for you guys to play while we’re at BlizzCon! Be aware that SCU PvP will only be available until the end of October. We will then pull it down for further polishing since technically it isn’t even ready for an Open Beta. It is however, fully functional and fully enjoyable. “