A new user created map called Star Battle, is now taking the world of StarCraft 2 into space, in a 6 vs 6 senario UMS map that makes you the commander of a powerful space warship ready to battle between Terran and Protoss warfleets.

The new Star Battle map allows you to pick one of  four unique ships and command it in full on space battles. Each ship can be upgraded in numerous ways, increasing its firepower, defense, speed or energy and allowing player to create a vessel that reflects his style. You can view a demo and tutorial video after the jump to see the map in action. 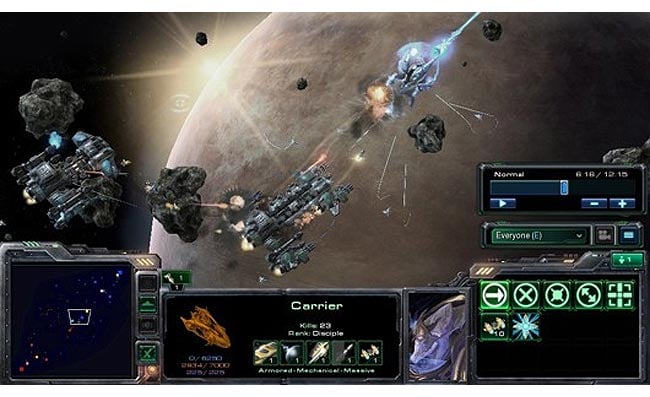 The Star Battle map is currently available on both European and North America Battle.net sites.