If you own an iOS device and enjoy a coffee it might be worth popping into a Starbucks near you. Starbucks has announced another new promotion today in partnership  with Apple in which they will be giving away free iOS applications.

All you need to do is drop to a Starbucks and pickup a ‘Picks of the Week’ card which will include a promotional code that can be used within the Apple iTunes app store. 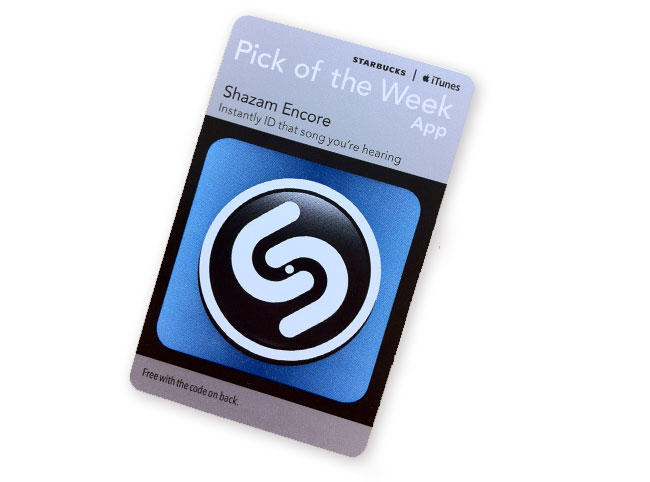 Apple and Starbucks have always had a close partnership promoting iTunes with free songs and downloads, which now seems to have moved its focus to promoting applications as well. The first application to be offered for free by Starbucks is Shazam Encore, the music-identifying app that would normally sell for $5.99. Enjoy!