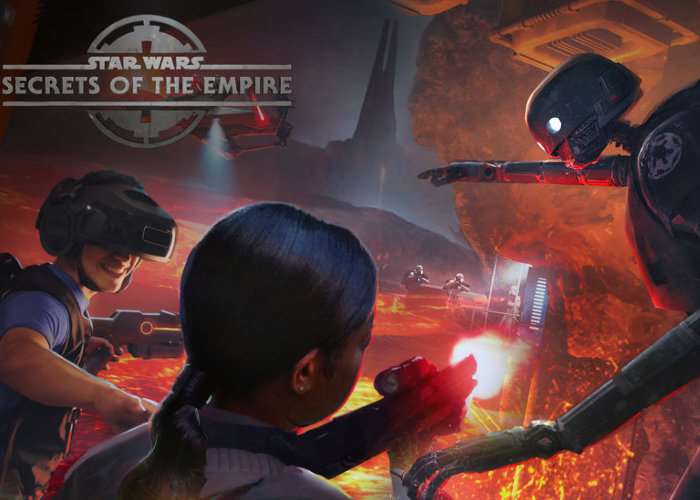 Tickets for the Star Wars: Secrets of the Empire virtual reality experience at the VOID VR amusement Park are apparently selling out quickly after the doors opened for preorders ahead of the launch of the latest Star Wars movie in a couple of months time.

The new Star Wars virtual reality experience was first unveiled back at the beginning of August 2017 and will soon be accepting visitors to engage in the Star Wars immersive experience. Watch the trailer below to learn more about what you can expect from the virtual reality technology used to create the experience.

Created in conjunction with Lucasfilm, ILMxLAB, and THE VOID the new hyper-reality experience called Star Wars: Secrets of the Empire, promises to plunge fans into the Star Wars universe. Created by ILMxLAB, Lucasfilm’s immersive entertainment division, in collaboration with THE VOID, it will open to the public at two new VOID Experience Centers at Downtown Disney at Disneyland Resort and Disney Springs at Walt Disney World Resort beginning this holiday season. Star Wars: Secrets of the Empire will allow fans to move freely in an untethered, social, and multi-sensory experience, including interaction with friends, fans, and Star Wars characters.

For more information on what you can expect from the Star Wars: Secrets of the Empire VR experience at the VOID high-tech amusement park jump over to the official website via the link below.